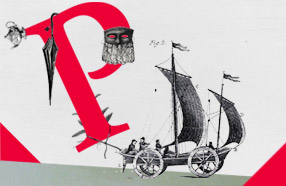 Rhyme came into European poetry in the early Middle Ages, from India by way of Persian and Islamic poetry. And I’ve always felt that we really shouldn’t use it when translating classical poetry. However, I was led – not I, in this case, because these poems were translated by Jacob Lowland! – Jacob Lowland was misled, perhaps, in the first place, by this beautiful seventeenth-century neo-classical couplet pattern. Now Jacob Lowland, unlike Jim Holmes, loves to rhyme, and so he had a lot of fun doing this. And at a certain point I became convinced that probably rhyme is the right vehicle for dealing with these very taut, witty epigrams of Martial, quite different from the poetry of Catullus. So that perhaps what we need to do, when choosing forms for translating classical poetry, is to approach each poet differently. You can’t reproduce Latin verse forms. We tried it in the sixteenth century, in English, and it just doesn’t work. I don’t think that the many translations of the Iliad and the Odyssey, for instance, into hexameters work. The hexameters get in the way – for me, at any rate. Many have chosen simply to use free verse, but free verse lacks the discipline, it seems to me, that these poets were imposing on themselves. And it is important to suggest that there is such a discipline. For each poet I try to see if I can find a formal principle which will reflect that poet’s style, and I think that I, or Jacob Lowland, was right to decide that Martial needs rhyme.

Well, it was primarily this poem that I wanted to deal with, but since in the photocopying it also worked out that we copied both the Latin and the literal in English and Jacob Lowland’s translations of Number 57 too, we might as well just look at that for a moment. In this case we have a line-for-line correspondence. It’s a shorter verse that Martial is using here, so I, or Jacob, put that into a sort of four-beat, four-accent line, with rhyme – somewhat complicated rhyme. Here is the literal….